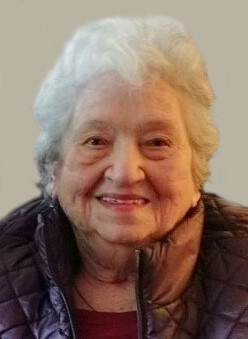 Loretta was born on July 5, 1929, in Loose Creek, a daughter to the late Jake and Anna (Schmitz) Scheulen.

She was united in marriage to Joseph J. Fick on June 30, 1948, at Sacred Heart Catholic Church in Rich Fountain.  Joseph proceeded her in death on July 27, 2009.

Loretta was a member of St. George Catholic Church in Linn and St. Ann’s Sodality.

Loretta enjoyed quilting, sewing, playing cards, working on the farm, cooking, baking her famous Monster Cookies and was devoted to her family and cherished the times she spent with them.

In addition to her parents and spouse of 61 years, Loretta was preceded in death by a daughter, JoAnn Backes and a son-in-law, Carter Peters

Mass of Christian Burial will be held at 10:00 a.m. on Thursday, January 16, 2020, at St. George Catholic Church in Linn with Fr. I.C. Medina as the Celebrant.  Interment will follow at St. George Parish Cemetery.

In lieu of flowers, expressions of sympathy may be made to St. George Catholic School or to the family for Cancer Support.

To order memorial trees or send flowers to the family in memory of Loretta "Dorothy" Fick, please visit our flower store.