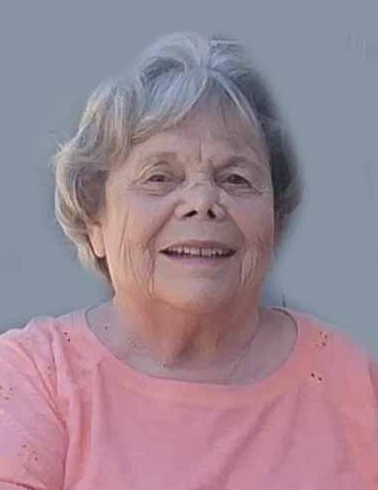 Lorraine was born December 17, 1935, in St. Louis, a daughter to the late David and Lillian (Schilly) Hofstetter.

She was a 1953 graduate of Webster Groves High School.

Lorraine worked as a lunchroom attendant for Linn Elementary School. She owned/operated Lorraine’s Re-Sell and Alterations Shop in Chamois after which she was employed at Dillard’s in the Capital Mall and later in life, she was the driver for the residences of Autumn Meadows Nursing Home.

Lorraine enjoyed sewing, traveling to Branson and Graceland, watching the Lawrence Welk Show, listening to Elvis, gardening but most of all spending time with her family.

Lorraine is survived by: two sons, Charlie (Bernice) Gilbert and Frank Gilbert both of Chamois; five daughters, Lynn (David) Thuli, Lorraine (Jim) Wright both of Chamois, Jenny (Steve) Whelehon of St. Louis, Wendy (Rodney) Wolfe of Linn and Holly (Tony) Robinson of Chamois; a daughter-in-law, Kathy Gilbert of Hermann; many grandchildren, great grandchildren and a great great grandson; along with many nephews, and friends.

In addition to her parents, Lorraine was preceded in death by a son, David Gilbert and two sisters, Ruth Amend and Jane Milton.

In 2009, Lorraine made the decision to donate her body to the University of Missouri-Columbia, School of Medical Gift of Body Program.  A Celebration of Life Service will be held at a later date due to the COVID pandemic.

Expressions of sympathy may be made to the Chamois Church of Christ.

To order memorial trees or send flowers to the family in memory of Lorraine Regina Gilbert, please visit our flower store.