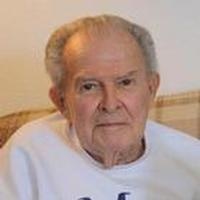 Lowell R. McCuskey, age 80 of Linn passed away Thursday, July 7, 2011 at the University Hospital in Columbia.

Lowell graduated from Chamois High School and from the University of Missouri in 1959 where he received his Law Degree.

Lowell was a Colonel in the United States Army, serving during the Korean Conflict. He served as a member of the Army and later the Army National Guard for 41 years. He also was the owner of the Osage County Abstract Office.

Lowell was a member of St John's United Methodist Church in Linn where he sang in the choir. He was also a member of VFW Post 4756, F.O.E #2693, American Legion, Reserve Officers Association of the United States, Linn Lions Club, and the Missouri Bar. He was a past state chairman of the Missouri Republican Party and he had also served as the Osage County Prosecuting Attorney.

Lowell was an avid St. Louis Cardinal and Missouri Tiger fan. He enjoyed farming, playing cards and spending time with his family.

Survivors include: two sons, Richard and his wife Karen McCuskey of St Louis, James McCuskey of Linn; two daughters, Tanya Robinson and her husband Chris of Linn and Tamra Johnson of Columbia; 13 grandchildren, 2 great grandchildren and one brother, Denzil McCuskey of the state of California.

In addition to his wife and parents, Lowell was preceded in death by an infant brother.

In lieu of flowers expressions of sympathy may be made to the charity of the donor's choice.

To order memorial trees or send flowers to the family in memory of Lowell R. McCuskey, please visit our flower store.