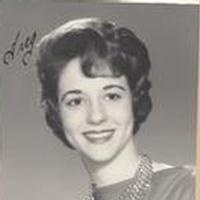 Lynne was born June 1, 1945, in Los Angeles, CA, a daughter to the late Leo T. and Elsie Minnie (Christensen) Freeman.

Lynne was a 1963 graduate of Southgate High School in California.

Before retiring she worked as a medical transcriptionist at the VA Medical Center in North Chicago, IL.

She enjoyed cooking, crocheting, needlepoint, and spending time with her family.

Lynne is survived by: one son, James "Jim" Ostrander of Linn; two daughters, RayAnne Strubberg and her husband Jeff of Linn, Charnelle and Renee Valentine of Linn; one brother, Greg Freeman and his wife Helen of Scottsdale, AZ; one sister, Betty Preston-Butterfield of Herriman, Utah; four grandchildren, Amber and Jessica Strubberg, Kristen (Brandon) Smith, and LeAnn Ostrander; as well as many nieces and nephews.

In addition to her parents and spouse of 31 years, Lynne was preceded in death by one brother, Jack Freeman.

Funeral Services will be held at 3:00 p.m. on Monday, April 4, 2016, at The Church of Jesus Christ of Latter-Day Saints in Linn with President Kevin Backes officiating. Interment will follow in the Linn Public Cemetery.

To order memorial trees or send flowers to the family in memory of Lynne Marie Ostrander, please visit our flower store.