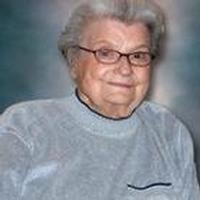 Margaret Hope Benson, age 93 of Linn, passed away Friday, November 18, 2011 at Westphalia Hills Nursing Home. Margaret was known by most of her family and friends as Hope.

Hope was born May 11, 1918 in Linn a daughter to the late Paul Uel and Pearl (Messersmith) Benson.

Hope was employed by Jess Vogel at People's Mutual Insurance Company in Linn. Later she worked for the State Oil Department and Governor Donnell. She was a secretary to the Head of the Department of Education, the Speaker of the House of Representatives, for Representative George Bohrer and Representative Bill Cruce. She was a dedicated Republican and loved working in state government and in the political arena.

After her father passed away, Hope retired and returned to Linn and enjoyed many years caring for her mother.

Hope loved to travel and was an avid reader. Her love for animals, especially her cats, was evident to all who knew her.

Hope is survived by her cousins, her good friends, Jeanie Moore and her family, Fern Manley, Dorothy Welker as well as her wonderful neighbors and many friends in Osage County.

At Hope's request, there will be no visitation or funeral service.

Expressions of sympathy may be made to the Humane Society, the American Diabetes Association or the charity of the donor's choice.

To order memorial trees or send flowers to the family in memory of Margaret Hope Benson, please visit our flower store.