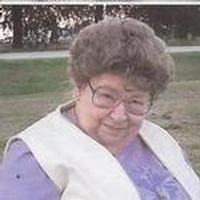 Margaret C. Lieneke, age 96 of Linn and formerly of Chamois, passed away Sunday, July 29, 2012 at Capital Region Medical Center in Jefferson City with her family by her side.

Margaret was born July 5, 1916, in Hermann, a daughter to the late William and Anna (Vasen) Busse.

Margaret was a lifelong area resident and worked in various shoe and clothing factories in the area. She was a member of Most Pure Heart of Mary Catholic Church in Chamois and was a volunteer for O.A.T.S. and the Chamois Senior Center.

In addition to her husband and parents, Margaret was preceded in death by one brother, Wilber J. Busse.

To order memorial trees or send flowers to the family in memory of Margaret Carolyn Lieneke, please visit our flower store.