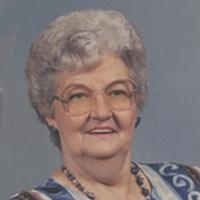 Bea was born August 29, 1931, in Deepwater, Missouri, a daughter to the late Louis and Fern (Underwood) Sallaz.

Bea was a 1949 graduate of Hermann High School.

Bea moved from Hermann to the Linn area in 1960 where she worked in the cafeteria at Linn R-II School District and then at the Osage County Abstract office.

Bea was a member of the St. John's United Methodist Church, Linn Jaycees, and Linn High School Booster Club. She enjoyed fishing, bingo, playing cards and reading, but her greatest joy was the time spent with her children and grandchildren.

In addition to her parents and spouse of 59 years, Bea was preceded in death by: three sisters, Donna Fredrick, Una Epple, and Judy Schulte; a son-in-law, Gary Rademann; and one brother-in-law, Orwine Fredrick

Funeral Services will be held at 11:00 a.m. on Thursday, January 14, 2016, at St. John's United Methodist Church with Rev. Floyd Gudde officiating. Interment will follow in the Hermann City Cemetery.

Expressions of sympathy may be made to Breast Cancer Research, St. John's United Methodist Church, or a charity of the donor's choice.

To order memorial trees or send flowers to the family in memory of Margaret "Bea" Patton, please visit our flower store.