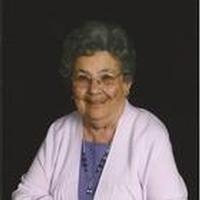 Margarette "Dixie" Louise Curtit, age 83 of Breese, IL and formerly of Linn, passed away Thursday, April 5, 2012 at the Villas of St. James in Breese.

Dixie was born July 25, 1928 in Wichita Falls, TX, a daughter of the late Samuel and Maude (Williams) Fowler.

Dixie was a 1947 graduate of Linn High School.

Dixie was a homemaker and a member of the St. John's United Methodist Church in Linn and was a former member of VFW Post 4756 Ladies Auxiliary. She enjoyed cooking, fishing, crafts, traveling and visiting with family and friends.

In addition to her husband and parents, Dixie was preceded in death by an infant son, Sam and four brothers, Jim, Jerry, Bill and Don Fowler.

To order memorial trees or send flowers to the family in memory of Margarette Louise Curtit, please visit our flower store.