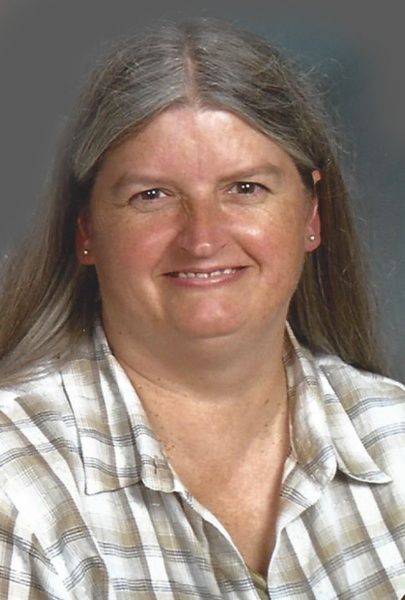 Margie was born July 29, 1962, in Jefferson City, a daughter to Clem Mengwasser of Rich Fountain and the late Leoba (Berhorst) Mengwasser.

She was a 1980 graduate of Fatima High School.

On September 22, 1984, she was united in marriage to Russ Schaefer in Rich Fountain.  He survives of the home.

Since 1980, Margie was employed by the Missouri Division of Family Services in the Children’s Division.

Margie was of the Catholic faith.

Margie was known as the “Cookie Queen” of the family.  Easter was her favorite time of the year and she always took a week off work at Thanksgiving so she could bake. She enjoyed antiquing and rummage sales, and she had a huge love for humming birds.  Her latest passion was collecting Fischer Price Little People, but her greatest love was spending time with her family.

In addition to her mother she was preceded in death by her father-in-law, Herbert Schaefer.

Mass of Christian Burial will be held at 10:00 a.m. on Tuesday, July 31, 2018, at Sacred Heart Catholic Church with Fr. William Debo celebrant.  Interment will be in the Sacred Heart Parish Cemetery.

Expressions of sympathy may be made to Sacred Heart Endowment Fund or a charity of the donor’s choice.

To order memorial trees or send flowers to the family in memory of Marjorie "Margie" Ann Schaefer, please visit our flower store.