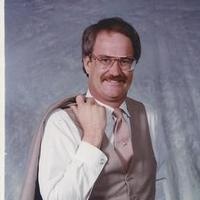 Mark R. Backes, age 66 of Loose Creek, passed away on Monday, October 10, 2016, at University Hospital and Clinics in Columbia due to injuries sustained in an automobile accident.

Mark was born February 27, 1950, in Jefferson City, a son to the late Rudolph “Rudy” and Marilyn (Boessen) Backes.

Mark was a 1968 graduate of Fatima High School and attended UMR in Rolla.

Mark served in the United States Army during the Vietnam Conflict.

On December 5, 2008, he was united in marriage to Tetyana Yakivna in Linn. She survives of the home.

Mark worked for Twehous Excavating until his retirement in 2012.

Mark was an active member of VFW Post #4756, a Red Cross Blood Donor having donated 200 pints of blood, and Laborers Local #662.

He enjoyed gardening, his chickens and working on his hobby farm.

In addition to his spouse, Mark is survived by: two sons, Patrick Backes and his fiancée Mariah Donaldson of Linn and Vadym Yeremeychuk of Loose Creek; two daughters, Michelle Backes of Linn and Jessica Henderson of Ashland; one brother, Glenn Backes of Frankenstein; two sisters, Jane Troesser of Frankenstein and Phyllis Renick and her husband David of St. Martins; three grandchildren, Xavier, Bennett, and Rylie Jo; as well as many nieces, nephews and friends.

In addition to his parents, he was preceded in death by a sister-in-law, Joann Backes and a brother-in-law, Norm Troesser.

Visitation will be held from 9:30 a.m. to 11:30 a.m. on Saturday, October 15, 2016, at Morton Chapel in Linn. Funeral Services will follow at 11:30 a.m. with Fr. Daniel Merz officiating. Interment with full Military Honors will be in the Linn Public Cemetery.

To order memorial trees or send flowers to the family in memory of Mark Rudolph Backes, please visit our flower store.