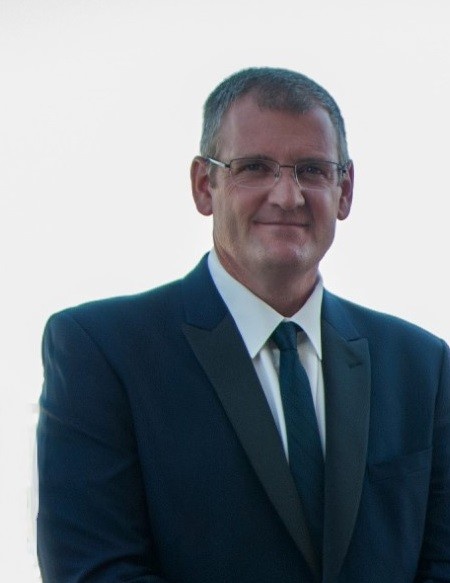 Mark was born Sept. 21, 1967, in Jefferson City, the son of Ralph and Jerry Voss, both of whom survive at Linn. Mark moved to Linn in August of 1970 with his parents and two brothers, Matt who was four, and Billy, who was three months old. He was to be joined in 1976 by his sister Andrea (Andi) and in 1980 by his baby brother Sam, whom he helped raise.

Mark may have been somewhat fearful around snakes, but work was something he never backed away from. Many older residents of Linn recall him cutting lawns for dozens of customers when he was still in elementary school. That number had grown to 35 by the time he was old enough to drive. In addition to a work schedule that would overwhelm many, he studied hard, earned good grades, won just about every sales contest he ever entered as a student (over the years he sold mountains of candy bars) and still found time to visit older relatives (his Grandma Rosie and Aunt Pete in Jeff City) and Linn friends (Reuben and Laura Bock, Joe Kemmer – who taught him beekeeping).

Mark thrived on work, but he also greatly enjoyed travel. In 1985, the summer after his junior year in high school, he went to France, where he spent three weeks with a French family under a student exchange program. During that time, he began what was to become a 33-year friendship with Eric Macel and his family. The following year Eric came to this country and spent three weeks with Mark’s family. Upon graduation from college in 1990, Mark and Eric travelled extensively across Europe. In the ensuing years, Mark and Eric have continued their travels and the two have been in each other’s homes numerous times. Hopefully, Eric will be able to make the funeral, but if he can’t, he will attend the private inurnment service.

Mark’s first job out of college was with 84 Lumber, where he worked a little over a year at the O’Fallon store before being transferred to the company’s home office in Eighty Four, Pa. There he was placed in charge of transporting merchandise to the company’s hundreds of lumber and hardware stores throughout the U.S. While working at 84, he learned a great deal about building homes and apartments and in 1994 moved back to Linn to try his hand at the residential rental business. In addition to that business, he also worked at Quaker Window. As his rental business grew, it became necessary to devote full time to that endeavor. For many years after college, his work prevented him from having a serious relationship that would lead to marriage. That changed in 2001 and the following year he and the former Brenda Hausmann were married at St. George Church. Three children – Logan, Seth and Sarah – were to follow in quick succession.

After their marriage Mark had a new traveling companion, as he and Brenda traveled to Europe three times and after Mark switched from investing in north Missouri farms to Florida real estate, they made frequent trips to Florida to stay at their properties. They also traveled to the west on vacations with the Voss family.

One of their favorite travels was a two-week trip to stay with Eric and his parents in France. That was in 2014 and they were accompanied by their kids and Mark’s parents.

Mark was devoted to his family, assisting the kids with their school work and helping Brenda transport them to their numerous after-school activities. He was very much involved with helping around St. George School and Church. He worked extensively with maintenance at the school and on the recent remodel of the church. The extent of his involvement with the school included serving many mornings as the crosswalk guard. He was an active member of St. George in all respects and was also a very active member of the Knights of Columbus.

Survivors include his wife and children; parents; siblings, Matt Voss of Linn, Bill Voss and wife Laura of Linn, Andi Rice and husband Vince of Linn, and Sam Voss and wife Erica of Leawood, Kan.; one aunt, JoNett Rehagen and her husband George, and his only cousin, their son Randy; mother-in-law and father-in-law Roger and Terri Hausmann of Chamois; sister-in-law April Dyer and husband Mike of Jefferson City; and nieces, nephews and a great-niece.

Mark left behind many wonderful memories. His family did not want to let him go without saying something.

His wife Brenda made the following plea: “Mark, please continue to protect us. I will always love you. You will always be my Sparky.”

Shortly after the family learned of Mark’s death, Mark’s son Seth asked his Grandma Jerry, “Grandma, my dad knew so much about the paper. What are you going to do without him?” Jerry, who was very close to Mark, over and over asks herself that same question.

There are sibling rivalries in every family, and Mark’s was no exception. In spite of those rivalries, Mark’s qualities were obvious to his family.

To his oldest sibling, his brother Matt, “Mark was always generous in every aspect of his life; he had a good heart.”

Billy looked up to his big brother knowing if he needed anything – from help with the car washes to sound advice – Mark was always there. “He’s been there for everyone, especially his family, his whole life.” On the night before his death, Mark cleaned out four bays at one of Billy’s car washes. This was taking place while Billy was in Omaha watching his son’s baseball team.

The biggest rivalry was between Mark and his sister Andi. However, regardless of how many times they butted heads, they always loved each other and had great respect for each other’s abilities.

No one will miss Mark any more than his baby brother. Mark and Sam were both early risers and by the time the rest of the family got up, Mark would have Sam’s diaper changed, along with having him dressed and fed. Sam thought Mark was one of his parents. Sam will have to suffer through losing three parents.

Visitation will be held Wednesday, May 9, 2018, from 4 to 8 p.m. at St. George Catholic Church in Linn. A Mass of Christian Burial will be held at 11 a.m. on Thursday, May 10, 2018, with Fr. Daniel Merz, Fr. William Debo, Fr. George Kramer, Abbot James Albers and Fr. Meinrad Miller as concelebrants. The body will be cremated and a private inurnment service will be held at a later date at the family farm.

In lieu of flowers, the family requests memorial contributions to the Helias Catholic High School band and the St. George Capital Campaign.

Funeral arrangements are under the direction of Morton Chapel in Linn.

Obituary written by his father, with contributions from Mark’s family.

To order memorial trees or send flowers to the family in memory of Mark Allen Voss, please visit our flower store.