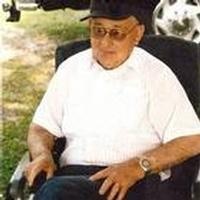 Marty was born on February 4, 1932, in Paydown, MO, a son to the late Clarence J. and Madge Marie (Gillispie) Backues.

Marty was a graduate of Vienna High School and a Korean War Army Veteran.

On February 23, 1952, he was united in marriage to Shirley Mantle in Linn. She survives of the home.

Prior to his retirement in 2004, Marty was a Heavy Duty Truck Sales Manager for Capital City Ford. He was member of St. Johns United Methodist Church, past Worshipful Master of Linn Masonic Lodge #326, a life member of VFW Post #4756 in Linn and a past member of the Linn Tech Advisory Board.

In addition to his parents, Marty was preceded in death by: two brothers, Don and Roy Backues; one sister, Emma Tomson and one son-in-law, Wilson Meyer.

To order memorial trees or send flowers to the family in memory of Martin J. Backues, please visit our flower store.