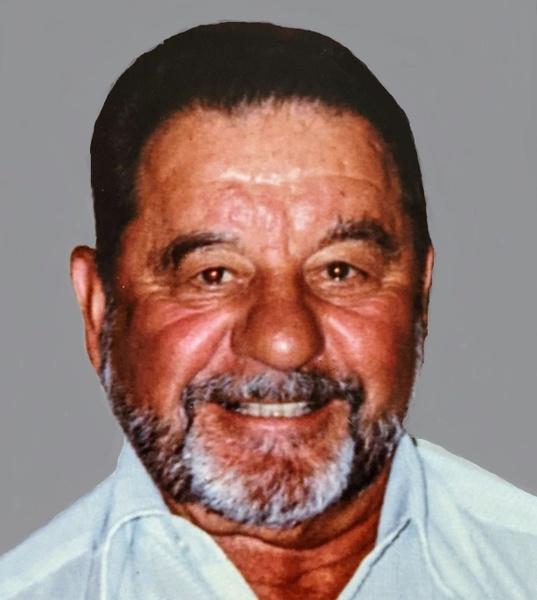 On October 14, 1961, he was united in marriage to Mary Antonia Muenks at Immaculate Conception Catholic Church in Loose Creek. She preceded him in death on October 23, 2016.

Marty was a lineman working for Three Rivers Electric Coop from March 19, 1956, until June 17, 1977. He then went to work for Missouri Power and Light, Union Electric which became Ameren UE, from June 19, 1977, until his retirement on January 1, 1991. Marty also lived on the family farm his father bought in 1932, buying it from him in 1978 and raising beef cattle all his life.

Marty was a member of St. George Catholic Church in Linn. He ran for office and was elected as Eastern District Commissioner of Osage County in 1990 serving in office for two years, 1991 and 1992. He also served as a Volunteer Fireman with Linn Fire Department in the 1960’s and 1970’s.

Marty was an avid outdoorsman, bowhunter, and fisherman. His catches were often featured in the UD but he would never reveal exactly where he was fishing. He was a bowler in his younger days in both men’s and couples’ leagues. Wine making was always one of his priorities and passions. He enjoyed spending time with children and grandchildren and insisted on taking pictures to capture and memorialize the moment. He was a fan of the St. Louis Cardinals and Mizzou basketball.

Marty enjoyed a lifetime of playing country music. He learned and played music by ear. He was a self-taught musician who played the upright bass, electric bass, guitar, banjo, mandolin, fiddle and harmonica. He was a member of the band the “Maries Valley Ramblers” who played for countless wedding dances, CYO, picnics and really any excuse to get a crowd dancing. He once said they broke the number of tickets sold at a parish picnic by bringing in over 500 people to hear them play. They even reached people in their homes when he was emcee for the band playing on air at KWOS in Jefferson City.

In his last years, Marty grieved and missed his wife tremendously. For 55 years, Marty and Mary were fixtures at family gatherings, parties, dances, and bar-b-ques. Marty didn’t know a stranger and would often be found stopped on a county road catching up on the latest deer count or finding out about the hottest fishing hole. He loved his farm and would spend hours riding the ridges looking for wildlife. A large garden was planted every year and Marty took great pride in the fact that the family farm provided everything on the table for his extended family to enjoy.

In addition to his parents and his spouse, Mary, he was preceded in death by two brothers, Norbert Brandt and Roman Brandt; a brother-in-law, Raymond Bax; and a sister-in-law, Mary Ellen Brandt.

Mass of Christian Burial will be held at 11:00 a.m. on Friday, October 8, 2021, at St. George Catholic Church in Linn with Fr. Dan Merz as Celebrant. Interment will be in St. George Parish Cemetery with full Military Honors.

Expressions of sympathy may be made to St. George Catholic School (www.stgeorgelinn.diojeffcity.org) or Linn Volunteer Fire Department in care of Morton Chapel PO Box 77 Linn, Mo 65051.


Arrangements are under the direction of Morton Chapel, Linn, Missouri (573-897-2214)
www.mortonchapel.com

To order memorial trees or send flowers to the family in memory of Martin "Marty" H. Brandt, please visit our flower store.