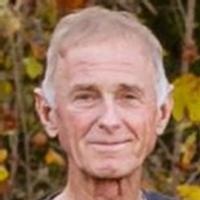 Martin V. Riegel, age 68, of Loose Creek, passed away on Thursday, November 19, 2015, at University Hospital in Columbia. He was surrounded by his loving family and with their prayers he was lifted to heaven by angels.

Martin was a 1965 graduate of Linn High School. He served in the United States Army during the Vietnam Conflict.

On May 30, 1970, he was united in marriage to Mary Bescheinen at the Immaculate Conception Catholic Church in Loose Creek. She survives at the home.

Martin was a self-employed home builder who took pride and joy in his work. He was a lifelong area resident and a member of the Immaculate Conception Catholic Church in Loose Creek, Knights of Columbus in Westphalia, Jefferson City Home Builders Association, and the Missouri Trappers Association.

He loved hunting coons, deer, turkey, and mushrooms. He also enjoyed participating in chainsaw cutting contests. He liked traveling and family vacations, watching sporting events especially the ones involving his children and grandchildren. He never met a stranger and always had a story to tell.

In addition to his parents, Martin was preceded in death by: three brothers, Joe, Mike and Marvin Riegel, Sr. and one sister, Mary Jane Riegel.

"May the work I've done speak for me"

To order memorial trees or send flowers to the family in memory of Martin V. Riegel, please visit our flower store.