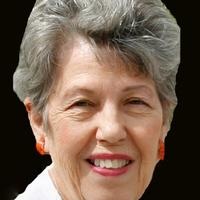 
Mary A. Brandt, age 74 of Linn, passed away on Sunday, October 23, 2016, at Boone Hospital in Columbia surrounded by her loving family.

Mary was born May 8, 1942, in Loose Creek, a daughter to the late Vincent and Margaret (Kirsch) Muenks.

Mary was a 1960 graduate of Fatima High School.

On October 14, 1961, she was united in marriage to Martin “Marty” H. Brandt at Immaculate Conception Catholic Church in Loose Creek. He survives of the home.

Mary was a lifelong area resident and worked for the Missouri State Highway Patrol from 1960 until 1967. She was then a homemaker until she went to work for the Osage County Abstract office. In 1980 she became the Osage County Deputy Assessor and worked in that capacity for 26 years until her retirement at the end of 2006.

Mary was a member of St. George Catholic Church in Linn. She enjoyed flowers, gardening, traveling, watching Mizzou Basketball and St Louis Cardinal games, working jigsaw puzzles and playing Bunco with her friends. Her greatest love however, was spending time with her family.

In addition to her parents, Mary was preceded in death by two brothers, Nick and Rich Muenks.

Mass of Christian Burial will be held at 10:00 a.m. on Wednesday, October 26, 2016 at St George Catholic Church in Linn with Fr. Daniel Merz as the Celebrant. Interment will follow in the St. George Parish Cemetery.

Expressions of sympathy (donations) may be made to St George Catholic School.

To order memorial trees or send flowers to the family in memory of Mary A Brandt, please visit our flower store.