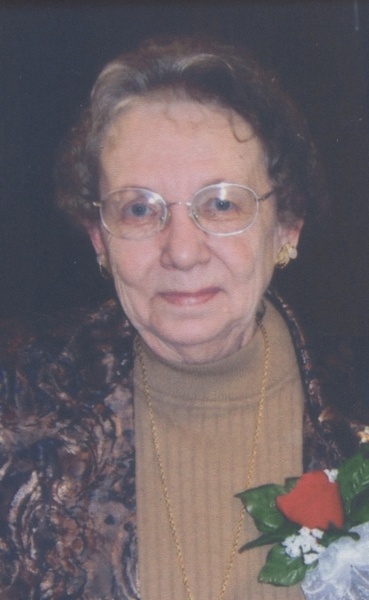 Mary Ann was born in Jefferson City on October 2, 1933, to William J. and Meta K. (Sommerer) Rockemann.  She attended Trinity Lutheran School and was confirmed in the church in 1947.  Mary Ann graduated from Jefferson City High School in 1951.  She married Fred L. Kelsey in 1953.  Three daughters were born to this union.

Mary Ann’s working years were mainly in the optical field, working for several optometrists in Jefferson City and Columbia.  She worked for the Jefferson City Rape and Abuse Crisis Service for 5 years.  After retiring, she continued to volunteer for them while working part time for the Missouri River Region Library.

Mary Ann lived in Hamilton Towers for 17 years and enjoyed time with many friends there, especially the “Domino Gang”.  She enjoyed reading, good music and was very good Sudoku puzzle solver.  She moved to Linn in 2010 to be closer to her daughter.

Mary Ann is survived by her three daughters and their husbands, Kimberly Kelsey and Richard Langsdorf of Flagstaff, AZ., Kathryn and Scott Davis of Linn and Karen and Dennis Lamb of Jefferson City; two grandsons, Jason and Joshua Cotton of Linn; three great grandchildren, Joey, Noah and Brayden; one nephew and his wife, Robert Jr and Anita Bliesath of Jefferson City.

In addition to her parents, Mary Ann was preceded in death by a sister and her husband, Robert Sr and Alvina Bliesath; a granddaughter, Apryl Cotton; and her beloved cat of 17 years, Buttons.

Mary Ann requested no service.  She requested her body be cremated and her ashes buried next to her parents in Hawthorn Memorial Gardens in Jefferson City.

Expressions of sympathy may be made to the Rape and Abuse Crisis Service, P.O. Box 416 Jefferson City, Mo 65102 or the donor’s choice.

To order memorial trees or send flowers to the family in memory of Mary Ann Kelsey, please visit our flower store.