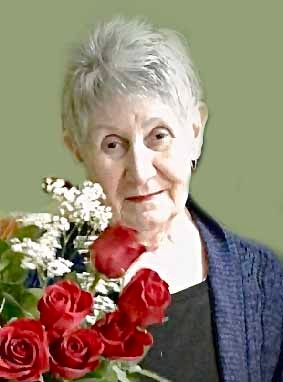 Mary Lou Kishmar, 79, of rural Chamois, passed away Wednesday, October 14, 2020, at Capital Region Medical Center in Jefferson City with family by her side.

Mary was born March 11, 1941, in Warrensburg, the daughter of Norbert and Marie (Carter) Stieferman.

She grew up in Chamois, attended St. Mary's Parochial School and graduated from Chamois High School in 1958.  In September she enrolled in St. John's School of Nursing in St. Louis and graduated in June 1961.  On September 2, 1961, she married George Kishmar, also of Chamois, in Belleville, Illinois.

Mary was a very talented and artistic lady who loved to sew, paint, cook, forage for food in the wild, hike in the mountains and go boating in the Puget Sound area near Seattle.  She was also very creative and would take damaged toys and material and restore them or create totally new artwork out of natural or exotic materials.  She even saved the lint from her dryer to make sweet fuzzy critters.  But most of all, she was a loving wife, mother and grandmother who was dearly loved and will never be forgotten.

She was preceded in death by her parents and a sister Lois Dattilo.

Mary will be cremated per her request.  A memorial service will be held privately by the family.

To order memorial trees or send flowers to the family in memory of Mary Lou Kishmar, please visit our flower store.