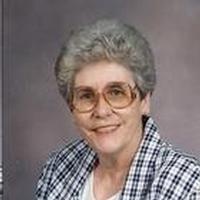 Mary was born March 4, 1937, in Oakvale, MS, a daughter to the late Eugene and Alabama (Lambert) Letchworth.

On September 20, 1957, she was united in marriage to John Wayne Sinnett in Jefferson City.
He preceded her in death on February 19, 2005.

Mary, along with her late husband John, owned and operated the County Inn Restaurant in Apache Flats for several years before moving to Linn. In 1984, they opened Linn Pizza and Video which they operated until their retirement in 2002. Mary also owned and operated S & S Gifts in Linn.

While owners of Linn Pizza and Video, Mary and John were always very active and involved in supporting Linn R-2 school athletics and music projects. Their generosity will long be remembered by the students and faculty of the Linn Schools.

Mary was a long time board member for OCSS. She enjoyed quilting, crafts, traveling and loved to play Texas Hold'em.

In addition to her husband and parents, she was preceded in death by: three brothers, Joseph, Estes, and Monroe Letchworth; and two sisters, Velma Kelpe and Laverne Steen.

Expressions of sympathy may be made to the American Diabetes Association.

To order memorial trees or send flowers to the family in memory of Mary Sinnett, please visit our flower store.