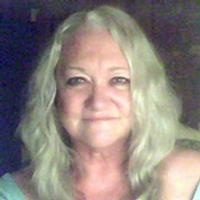 Mary was born March 22, 1954, in Minneapolis, MN, a daughter to the late Leroy and Loraine (Nelson) Bracher.

Mary received her GED and worked several years for Walmart in Jefferson City.

Mary enjoyed painting, gardening, fishing, sitting outside watching and feeding the birds, and loved the mountains. She was interested in anything to do with Scotland and Ireland. However, her greatest joy was spending time with her children and grandchildren.

In addition to her parents and spouse, she was preceded in death by two brothers, Darrell and Terry Bracher.

Expressions of sympathy may be made to the family of Mary Helen Vaterlaus.

To order memorial trees or send flowers to the family in memory of Mary Helen Vaterlaus, please visit our flower store.