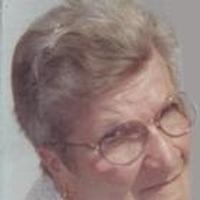 Mary was born November 11, 1929, in Linn a daughter to the late Elmer and Amy (Turner) Rohlfing.

Mary was a 1947 graduate of Southwest High School in St. Louis.

Mary worked at Knollmeyer Hardware Store in Linn as her first job and during the 1970's, she was employed as an LPN. Mary then went to work for the Missouri Department of Revenue where she worked as a clerk before retiring in 1991.

Mary was of the Methodist faith and enjoyed puzzle books, crocheting, sewing, embroidery, flowers and her Shih Tzu, Missy.

In addition to her husband and parents, she was preceded in death by: two daughters, Ruth Ann Phillips and Linda Starmer; and one great grandchild, Jason Parker Wakeland.

Funeral Services will be at 9:00 a.m. on Wednesday, June 27, 2012, at Morton Chapel in Linn with Mary's cousin, Charles Moore officiating. Interment will follow at Linn Memorial Park Cemetery in Linn.

To order memorial trees or send flowers to the family in memory of Mary Lee Wakeland, please visit our flower store.