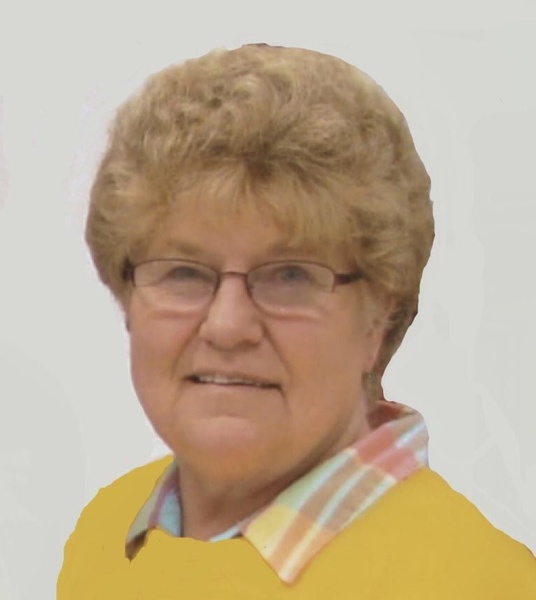 Irene was born on September 20, 1941, in Judge, a daughter to the late Leonard and Opal (Litton) Hassler.

She attended Victor School in rural Linn and was a 1959 graduate of Linn High School.

On April 11, 1959, she was united in marriage to the love of her life her high school sweetheart, Terry D. Wolfe at Pilot Knob Baptist Church near Belle.  He survives at their residence.

Irene was employed at McGraw Edison in Jefferson City, Atkins Cleaning Service, and she retired as lead cook for Linn R-2 Schools after 20 years of service.

She was a member of Solid Rock Baptist Church in Judge where she was a member for 70 years.  Irene and Terry were founding members of Osage Trail riders.

Irene enjoyed embroidery, playing Bunco, taking trips to Branson, listening to gospel and country music, cooking especially her homemade ketchup, chili, ice cream and tater salad.  She also helped cook at Pointer’s Creek for their monthly dinners.  She like to watch the butterflies, collect angels and baby dolls. Her greatest joy was time spent with her family, friends and her dog, Leo.

In addition to her spouse of 63 years, Irene is survived by: three sons, Rick Wolfe and his wife Denise of Loose Creek, Rodney Wolfe and his wife Wendy of Linn and Randy Wolfe of Loose Creek; a daughter, Rhonda Voss of Linn; ten grandchildren; eighteen great grandchildren; one sister, Velma Johnson and her husband Mark of the State of Washington; brothers and sisters-in-law, Cartelia Wolfe, Perry and Mary Wolfe, Kary and Kathy Wolfe, Mary Ann and Jim Burns all of Judge and Terri Belle Wolfe and her husband Lonnie of Paris; along with many nieces, nephews and friends.

In addition to her parents, she was preceded in death by a son, Robert Dane Wolfe; an infant brother, two sisters, Verla Franklin and Margie Enke; and three brothers-in-law, Jerry and Gary Wolfe and Clifford Enke.

Expressions of sympathy may be made to American Alzheimer’s Association or Solid Rock Cemetery Fund in Judge.

To order memorial trees or send flowers to the family in memory of Mary Irene Wolfe, please visit our flower store.