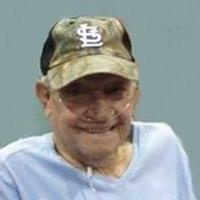 Maurice "Nieder" Niederhelm, age 84 of Linn, passed away on Monday, January 19, 2016, at the Linn Living and Rehab Center.

Nieder was born on August 9, 1931, in Aholt, Missouri, a son to the late Clarence J. and Wilhelmina (Wolz) Niederhelm.

Nieder was a 1948 graduate of Hermann High School.

Nieder served in the United States Navy during the Korean Conflict.

On March 3, 1973, he was united in marriage to Sherry Lynn (Lampe) Niederhelm in Jefferson City. Sherry survives at their home.

In 1991, Nieder retired from Missouri Power and Light/Union Electric after working for 35 years. He was also a former Business Rep for Local Number 2 I.B.E.W.

Nieder was a fifty-year member of the Linn Masonic Lodge #326 A.F. and A.M. and had served as Past Master. Nieder had also served his community as the Mayor of Linn.

In addition to his parents, Nieder, was preceded in death by a son, Mike Niederhelm and his mother and father-in-law, LeRoy "PeeWee" and Melvadine "Mel" Lampe.

A private family service will be held. Interment with full Military Honors will be in the St. George Catholic Cemetery.

Expressions of sympathy may be made to the Hospice Compasses or Linn Masonic Lodge.

Arrangements are under the direction of Morton Chapel in Linn, (897-2214)
www.mortonchapel.com

To order memorial trees or send flowers to the family in memory of Maurice "Nieder" Niederhelm, please visit our flower store.