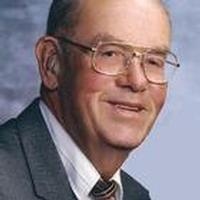 Melvin was born October 1, 1930, in Hope, a son to the late Gustave and Lillian (Niewald) Hemeyer.

Melvin was a self-employed carpenter and farmer. He also worked at Osage Vans and for the Linn R-2 School District.

He was a member of the Bethel Salem Presbyterian Church where he had served as a Deacon and an Elder. He was also a member of the Gasconade County Bible Society. He enjoyed playing pinochle and spending time with his family.

Melvin will be sadly missed and lovingly remembered by: one son, David M. Hemeyer and his wife Barbara of Jefferson City; two daughters, Darlene Koetting and her husband Eugene of Jefferson City and Imogene Latimer and her husband Kenny of Hunnewell, MO; five grandchildren, Jennifer, Eric, Danielle, Amanda and Kirby; six great-grandchildren, Emma, Layla, Ella, Alex, Kain and Baby Hemeyer due any day; one brother, Wil Hemeyer of Zion, IL; and several nieces, nephews and friends.

In addition to his parents and spouse, Melvin was preceded in death by: one brother, Herbert Hemeyer; two sisters, Martha Eikermann and Irene Koch.

Funeral Services will be held at 1:00 p.m. on Saturday, November 2, 2013, at Bethel Salem Presbyterian Church in Hope with Rev. Alan Koch and Rev. Bob Bailey officiating. Interment will follow in the church cemetery.

Expressions of sympathy may be made to the Bethel Salem Presbyterian Church Cemetery Association or the Parkinson's Disease Foundation.

To order memorial trees or send flowers to the family in memory of Melvin H. Hemeyer, please visit our flower store.