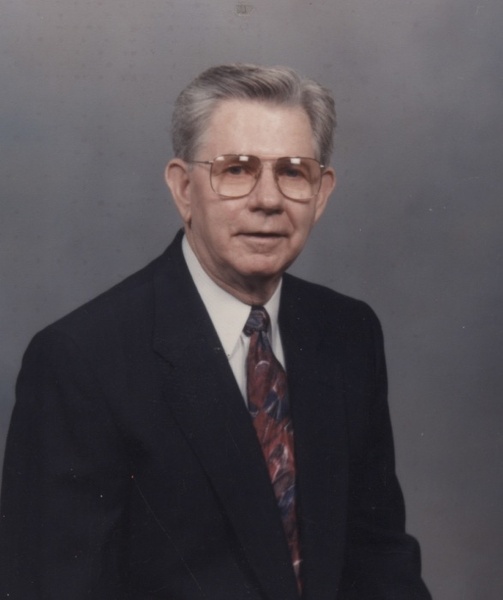 Melvin was a 1953 graduate of Linn High School and proudly served his country in the United States Army.

On January 31, 1959, he was united in marriage to Shirley Sprenger at St. George Catholic Church in Linn.  She survives of the home.

Melvin was a Shelter Insurance Agent and operated his own agency in Linn for over 26 years retiring in 2002.

Melvin was a member of St. George Catholic Church in Linn, American Legion Post #317, and a Charter member of Osage Country Club.

In addition to his spouse of 60 years, Melvin is survived by: three sons, Jeffery Wolfe and his wife Leslie of Loose Creek, Bradley Wolfe and his wife Michelle of Linn, and Lindell Wolfe of Plano, TX; six grandchildren, Dalton (Brooke) Wolfe of Linn, Dakota (Tyler) Baumhoer of Loose Creek, Ariel (Louis) Probst of Linn, Abbott Shoop of Linn, Alec Shoop of Bloomfield, IA and Jacob (Shannon) Wolfe of Linn; five great grandchildren; one sister, Shirley Owens of Linn; a brother-in-law, Marcellus (Ginny) Sprenger of Ottumwa, IA; a sister-in-law, Dorothy Wolfe of Linn; and many nieces and nephews.

Mass of Christian Burial will be held at 10:00 a.m. on Monday, December 16, 2019, at St. George Catholic Church in Linn with Fr. Daniel Merz as the celebrant.  Interment with full Military Honors will follow in the St. George Parish Cemetery.

In lieu of flowers, expressions of sympathy may be made to St. George Renovation Fund or Central Missouri Hospice.

To order memorial trees or send flowers to the family in memory of Melvin D Wolfe, please visit our flower store.