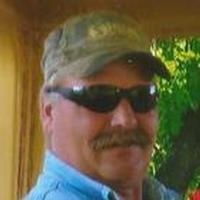 Mike was born January 27, 1960, in Jefferson City, a son to the late Al Hentges who preceded him in death on March 5, 2005, and his mother, Marieta (Frank) Hentges who survives of Loose Creek.

Mike was a 1978 graduate of Fatima High School.

He was owner operator of AMC, a division of Sircal Contracting, where he worked as a heavy equipment operator and was a member of Operators Local 513.

On December 5, 1997, Mike was united in marriage to Kathy Rohan in Belle. She survives of the home.

Mike was a lifelong area resident and a member of Immaculate Conception Catholic Church in Loose Creek.

He enjoyed working, farming, and fishing but most of all, he enjoyed playing with his grandchildren.

In addition to his father, Mike was preceded in death by a step son, Chad Thoenen and his mother-in-law Shirley Rohan.

To order memorial trees or send flowers to the family in memory of Michael A. Hentges, please visit our flower store.