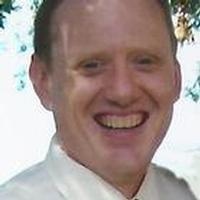 Michael "Mike" Kremer, age 35 of St. Charles, MO formerly of Loose Creek, passed away on
Thursday, October 4, 2012 at his home surrounded by his family after losing a long hard fought battle with melanoma.

Mike was born September 18, 1977, in Jefferson City, a son of Luke and Marian (Kliethermes) Kremer who reside in Loose Creek.

Mike was a 1996 graduate of Fatima High School and attended Ozark Technical College in Springfield, MO and was a 2003 graduate of Central Missouri State University in Warrensburg with a Bachelor of Science Degree in Graphic Arts and Technology Management.

Mike moved to the St. Louis area in May 2003. He worked as a reprint coordinator for Elsevier Printing in Maryland Heights, MO and was formerly employed at Von Hoffmann Press and Command Web. He was a member of St. Charles Borromeo Catholic Church in St. Charles.

Michael loved spending time with his family and friends, especially his fiancAC.e and her two children. Michael always had a smile on his face and was a friend to all. He was an avid sports fan of the St. Louis Cardinals, Kansas City Chiefs and Missouri Tigers. He participated in and entertained many sports related events. He was the "Big Chief" in his fantasy football league. He enjoyed gardening and landscaping. Mike was an exceptional Chess player and he also had belonged to a Swing Dance Club. He was a history enthusiast, especially of the Civil War and visited many battle sites and historical landmarks. He was an advocate for Miles over Melanoma and the Melanoma Hope Network.

In addition to his parents, Mike is survived by: his fiancAC.e, Sara Howard and her twin sons, Nicholas and Zachary Howard of O'Fallon, MO; one brother, Mark Kremer and his wife Linda (Haslag) of Loose Creek; one sister, Diane Muenks and her husband Joel of Loose Creek; two nieces, Ashley Muenks and Taylor Kremer both of Loose Creek and three nephews, Andrew Muenks of St. Charles and Noah Muenks and Chase Kremer of Loose Creek.

Expressions of sympathy may be made to Immaculate Conception School or to the American Melanoma Foundation.

To order memorial trees or send flowers to the family in memory of Michael Allen Kremer, please visit our flower store.