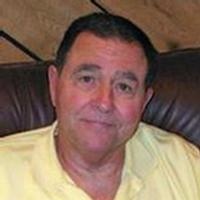 Michael Gregory Nikolenko, 68, passed away Saturday December 27, 2014 after a valiant battle against cancer.
Michael was born on March 10, 1946 in Los Angeles, California, to parents Nicholas and Vivianne Nikolenko. He graduated from Monrovia High School as a multi-sport athlete in 1964. After high school he went on to hold multiple interesting jobs including Taxi cab driver in Laguna Beach, CA and a self taught deck hand on a sailboat. On December 3, 1973 he joined the Los Angeles County Sheriff's Department where he worked for nearly 18 years before retiring on November 14, 1991. While working full-time he graduated with a Bachelor of Arts from the University of Redlands of California, and a Master of Arts in Human Behavior from National University, graduating with Distinction.
He married Sue Ann Bruton on March 29th, 1981 in Newport Beach, CA and the couple had two children together, Megan and Amanda Nikolenko. In 1994 Michael and his family moved from Cerritos, CA, to a farm in Linn, MO.
He was very involved in his daughter's athletic careers, following them across the country to wherever the next game was. He enjoyed reading books, watching sporting events, and talking hours on end with his best friend John Blalock of Temecula, CA. His family and friends will always remember his unique humor and his generosity.
Michael is survived by his wife Sue Nikolenko, daughter Megan Nikolenko-Stutz and her husband Cole, of Huntington Beach, CA, and daughter Amanda Nikolenko who currently resides in Ashland, MO. He is preceded in death by his mother Vivianne Nikolenko of Mission Viejo, CA, brother Nicholas P. Nikolenko of Foothill Ranch, CA, father Nicholas Nikolenko of Los Angeles, CA and brother Bruce Nikolenko of Los Angeles, CA and his best dog, Homer.
A Celebration of Life is scheduled for Sunday January 11, 2015 at the Belle-Bland Community Center starting at 1pm. Memorials may be made in Mike's memory to: National Federation of the Blind of Jefferson City 1405 West McCarty St. Jefferson City, Missouri 65109.

To order memorial trees or send flowers to the family in memory of Michael Gregory Nikolenko, please visit our flower store.