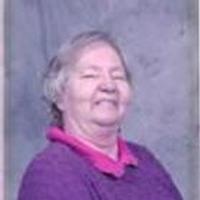 Mildred L. Deppe, age 79 of Independence, formerly of Morrison passed away Saturday, April 2, 2011 at the Centerpoint Medical Center in Independence.

Mildred was born October 7, 1931 in Ida Grove, IA., a daughter to the late John and Ione Johnson.

Mildred is survived by: one step-son, Kenneth S. Deppe of the state of Alaska, one brother, Howard W. Johnson of Ida Grove, IA. And 3 step grandchildren.

In addition to her husband and parents Mildred was preceded in death by one son, David R. Deppe and one brother John Gordon Johnson.

In keeping with Mildred's wishes her body was cremated and her cremains will be interred in the Fredericksburg Cemetery at a later date.

To order memorial trees or send flowers to the family in memory of Mildred Louise Deppe, please visit our flower store.