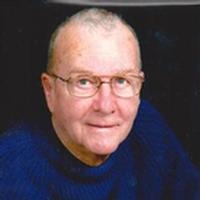 Milton B. Davis, age 84 of Jefferson City, formerly of Frankenstein, passed away on Thursday, January 7, 2016, at Landmark Hospital in Columbia.

On April 14, 1952, he was united in marriage to Marie Ann Kremer in Frankenstein. She survives of the home.

Milton served in the United States Navy. After returning from the military, he was employed by Mid America Printing and in 1968, he and Marie, moved to Chicago where he took a job with Bowater, a paper company. He retired in 1985 and they moved to Frankenstein where they lived until 2003 when they moved to Jefferson City.

He was a member of Immaculate Conception Catholic Church in Jefferson City and enjoyed woodcarving, fishing and spending time with his family.

In addition to his spouse of 63 years, Milton is survived by: one son, Michael Davis and his wife Ada of Schererville, IN; one daughter, Susan Smith and her husband Bernie of Longmont, CO; one nephew, Bradley Hufnagel of St. Louis; and two grandchildren, Brady (Chandani Patel) Smith and Sarah Smith.

In addition to his parents, he was preceded in death by: one daughter, Mary Rossi; two sisters, Virginia Schmidt and Rita Hufnagel; and a son-in-law, Joe Rossi.

Visitation will be held from 9:00 a.m. to 11:00 a.m. on Monday, January 11, 2016, at Our Lady Help of Christians Catholic Church in Frankenstein. Funeral Mass will follow at 11:00 a.m. with Fr. Daniel J. Merz as celebrant. Interment will be in the Garden of Gethsemane Cemetery in Frankenstein.

To order memorial trees or send flowers to the family in memory of Milton Bradley Davis, please visit our flower store.