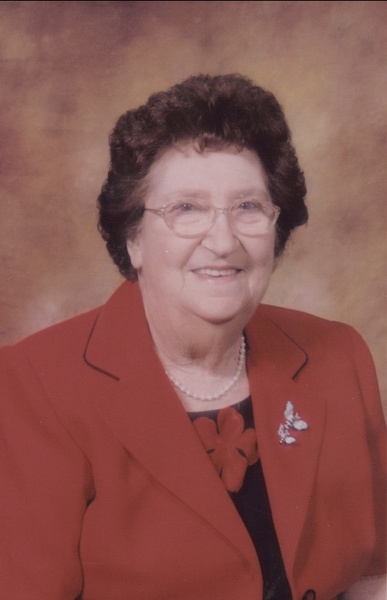 Mylinda was born November 20, 1930, in Aud, a daughter to the late John and Maudi (Baughman) Wolfe.

Mylinda worked at various factories around the area.  She was also employed for a short time with the State of Missouri and the Chamois School District as a custodian and teacher’s aide.

She was a member of the First Baptist Church in Chamois.  Mylinda enjoyed gardening, flowers, sewing, quilting, cooking for her family, babysitting, helping anyone in need and going to church events.

In addition to her parents and spouse of 48 years, she was preceded in death by: one grandson, Steven Budnik; three brothers, George, Charles and Thomas Wolfe; and four sisters, Laura Jarvis, Dora Walling, Josephine Groom, and Julia Callais.

Funeral Services will follow at 11:00 a.m. on Saturday, May 4, 2019 at Morton Chapel in Chamois with Pastor Kirk Kellogg officiating.  Interment will be in the Ferguson Cemetery.

Expressions of sympathy may be made to the Ferguson Cemetery or First Baptist Church in Chamois.

To order memorial trees or send flowers to the family in memory of Mylinda L. Thuli, please visit our flower store.