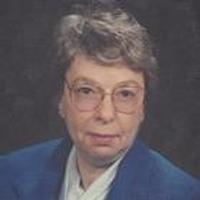 Nancy Ann Jaegers, age 77, of Linn, passed away on Thursday, December 03, 2015, at the Linn Living and Rehab Center in Linn.

Nancy was born on August 11, 1938, in Linn, a daughter to the late Stephen and Gertrude (Hertzing) Zeilmann.

On May 7, 1960, she was united in marriage to Albert Frank Jaegers at St. George Catholic Church in Linn. Albert preceded her in death on December 20, 1999.

Nancy and Albert owned and operated Jaegers Poultry in Linn.

Nancy was a member of St. George Catholic Church in Linn, St. Ann's Sodality and the Osage County Historical Society.

Nancy enjoyed reading, embroidery, playing cards but her greatest joy was spending time with her grandchildren and friends.

In addition of her parents and husband of thirty nine years, Nancy was preceded in death by a grandson, William Neuner.

Mass of Christian Burial will be held at 12:00 p.m. on Monday, December 7, 2015, at St. George Catholic Church in Linn with Fr. Daniel J. Merz as celebrant. Interment will follow in the St. George Parish Cemetery in Linn.

To order memorial trees or send flowers to the family in memory of Nancy Ann Jaegers, please visit our flower store.