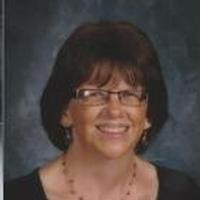 Nancy was born December 17, 1961, in Jefferson City, a daughter to the late Norman and Lucile (Vahrenberg) Whertvine.

Nancy was a 1980 graduate of Chamois High School, attended Lincoln University and received her Master's Degree at William Woods University.

She was employed by Linn R-2 School District for over 20 years. For 14 of those 20 years, she taught at Linn Elementary School.

Nancy was united in marriage to Dennis Sieg on November 29, 1980, in Chamois. He survives of the home.

Nancy attended the First Baptist Church in Chamois and loved spending time with her family.

In addition to her husband, Nancy is survived by: one son, Adam Sieg of Independence, MO; one daughter, Rebecca Opfer and her husband Eric of Overland Park, KS; one brother, Leallen Whertvine of Long Grove, OK; five sisters, Sandra Huerner of Linn, Leann Wood and her husband Michael of Dixon, Ruth Whertvine of Blue Springs, Jean Knight and her husband Douglas of Owensville and Violet McClurg of Sullivan; two grandchildren, Emma and Mason Opfer, her mother-in-law, Darlene Sieg of Chamois and many nieces, nephews friends.

In addition to her parents, Nancy was preceded in death by one sister, Cheryl Beasley Henry and her father-in-law, Stanley Sieg.

Funeral services will be held at 10:00 a.m. on Saturday, November 10, 2012 at the First Baptist Church in Chamois with Rev. Larry Hendrickson officiating. Interment will follow in the Mint Hill Cemetery.

To order memorial trees or send flowers to the family in memory of Nancy Kay Sieg, please visit our flower store.