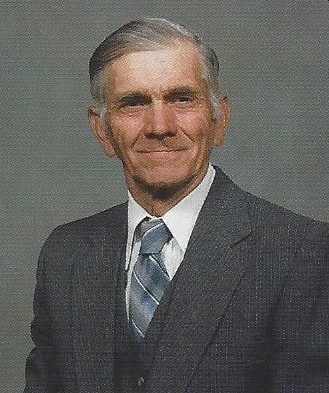 Nelson was born August 6, 1923, in Linn, a son to the late Lawrence and Lena (Niekamp) Mertens.

Nelson was a lifelong dairy farmer raising cattle, and hogs. he also enjoyed working in his vegetable garden and tending to his fruit trees. When he wasn’t busy working on his farm he loved attending auctions where he could not only find a good deal but also make new friends.

In addition to his parents, he was preceded in death by; two sisters, Bernadine Kliethermes, and Marie Mertens; two brothers, Ralph and Andrew Mertens; one niece, Patricia Lambert.

Mass of Christian Burial will be held at 11:00 a.m. on Wednesday, June 20, 2018, at St. George Catholic Church with Fr. Daniel Merz as the celebrant. Interment with Full military honors will follow at St. George Parish Cemetery.

Expressions of sympathy may be made to Masses or St. George Catholic Campaign Fund.

To order memorial trees or send flowers to the family in memory of Nelson Henry Mertens, please visit our flower store.