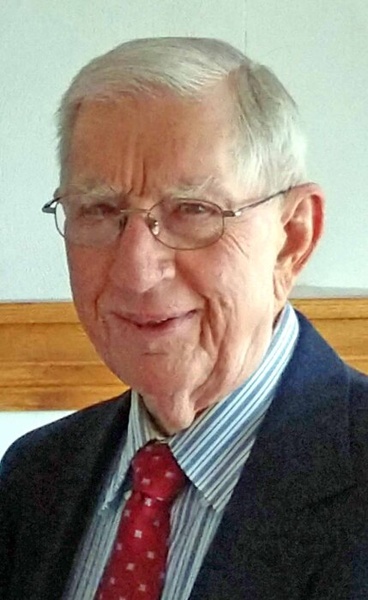 He was a devoted son, husband, father and grandfather and he will live in our hearts forever, and now rests in peace with his Lord and Savior.

Norb was born on April 30, 1934, in Rich Fountain, Missouri, to the late Martin and Margaret (Grellner) Rudroff.  His mother passed away when Norb was five years of age.  He was the youngest of six children and spent his youth on the Rudroff farm nearby until his graduation from high school.  On May 3rd, 1958, he was united in marriage to Carol Atkisson, of Jefferson City, at the Immaculate Conception Church.

He worked for the Missouri State Highway Dept., Bridge Design Office, in Jefferson City, Missouri for five years.  Moving to Florissant, Missouri in 1962, he worked for McDonnell Douglas Corporation, St. Louis, Missouri, as a Design Engineer, Engineering Supervisor, and Engineering Manager.  He worked on F-4, DC-10, F-15, F-18 and AV-8B aircraft programs.  In 1974, he was assigned to Advanced Engineering on a new contract proposal to the U.S. Navy for an Advanced Naval Air Combat Fighter (NACF).  McDonnell Douglas subsequently won the NACF contract to design, develop, test, and deliver the F/A-18 strike fighter aircraft.  He worked on this program until his retirement in May 1993.  After retiring, he moved back to central Missouri.

Even though, living a distance away, Norb’s children and grandchildren maintained close communication with him making his “Dad” and “Grandpa” years so very special!  His strong faith in God, and ever optimistic attitude never faltered.  He is sadly missed by family and friends.

He was preceded in death by his parents, four brothers, Martin, Francis, Lawrence, and Linus Rudroff, and one sister, Anna Castrop.

In lieu of flowers, expressions of sympathy may be made to the Sacred Heart Catholic School or a charity of the donors choice.

To order memorial trees or send flowers to the family in memory of Norbert Henry Rudroff, please visit our flower store.