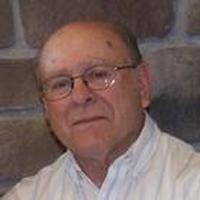 Norman C. Haeffner, age 80 of Morrison, passed away on Sunday, September 9, 2012, at his daughter's residence in Linn.

Norman was born August 1, 1932, in Morrison, a son to the late Charles and Clara (Kramlich) Haeffner.

Norman graduated from Chamois High School and served in the United States Air Force during the Korean Conflict.

On November 5, 1960, he was united in marriage to Betty Birk in Morrison. She survives of the home.

Norman was employed by Boeing Aircraft in St. Louis as a sheet metal assembler and riveter. He retired in 1993 after 36 years of service.

He was a member of the America Legion Post #541 in Bay, Mid MO Old Car Club in Jefferson City, and International Association of Machinists and Aerospace Workers District #837.

In addition to his parents, he was preceded in death by one sister, June Redden.

Funeral Services will be held at 10:00 a.m. on Wednesday, September 12, 2012, at Morton Chapel in Linn with Rev. Barb Zastrow officiating. Interment will follow in the Good Hope Cemetery in Morrison with full military honors.

Expressions of sympathy may be made to the American Diabetes Association or American Legion Post #541.

To order memorial trees or send flowers to the family in memory of Norman C. Haeffner, please visit our flower store.