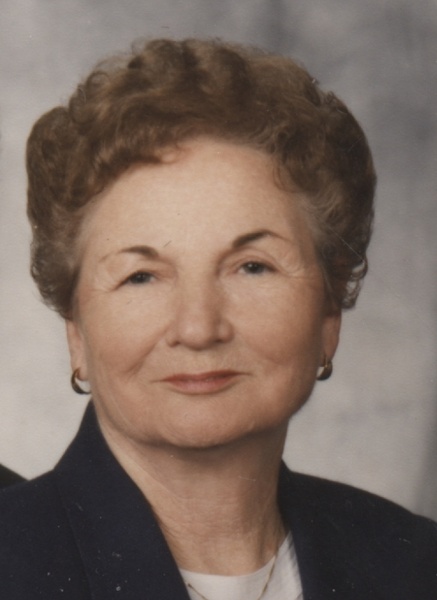 Oma Huot, 95, of Linn, passed away peacefully on September 13, 2019, at General Baptist Nursing Home in Linn.

Oma was born November 1, 1923, in Judge, a daughter to the late Virgil and Mary (Maples) Lansford.

Oma taught school at Wildcat School in Linn, then she was a teacher’s aid at the Linn Public School and later she retired as a clerk from the Linn Department Store in Linn.

Oma was a member of the Eastern Star and the Red Hatters Ladies Group.  She was Baptist by faith but attended Community of Christ Church near Linn.

Oma enjoyed gardening, cooking, canning, making pies, fishing, and making sure her yard was perfect.  She enjoyed living in the country and watching the cattle in the field.  She was very devoted to her husband and family, making sure that she was involved in their lives and passing on her knowledge and wisdom to them.  Her greatest enjoyment was spending time with her grandchildren and great grandchildren.

In addition to her parents and husband of sixty-three years, Oma was preceded in death by a daughter, Mary Schaeperkoetter, two brothers, Gerald and Troy Lansford; and three sisters, Ruby Branson, Geraldine Baker, and Ruth McCoy.

Funeral service will be held at 11:00 a.m. on Monday, September 16, 2019, at Morton Chapel in Linn with Pastor William Barkman officiating.  Interment will be in the Community of Christ Cemetery near Linn.

Expressions of sympathy may be made to Community of Christ Cemetery.

To order memorial trees or send flowers to the family in memory of Oma Huot, please visit our flower store.