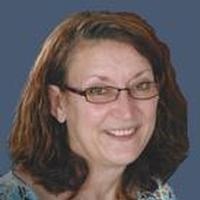 Pat was born July 11, 1960, in Columbia a daughter to late William Wibberg I. and Clara (Nelson) Wibberg. Her mother survives in Osage City.

Pat was a graduate of Jefferson City High School and was employed at Scholastic as a Group Leader for several years.

In addition to her father and husband, Pat was preceded in death by a sister, Linda Branch.

Mass of Christian Burial will be at 10:00 a.m. Wednesday, August 7, 2013 at St. Francis Xavier Catholic Church with Fr. Wayne Boyer as the Celebrant.

Interment will follow in the St. Francis Xavier Parish Cemetery.

To order memorial trees or send flowers to the family in memory of Patricia Haslag, please visit our flower store.