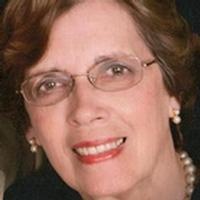 Patricia Ann Oidtman, nee Maasen, died Dec. 18, 2014. She was born Jan. 12, 1941 in Kansas City, Mo., to Wilma (Jaegers) and Fred Maasen; she was the oldest of five children. She attended St. George Catholic School and graduated from Linn High School in 1959. She earned a Bachelor's degree from Central Missouri State University in Warrensburg, and married John Julius Oidtman in 1963. They made their home in Columbia while John attended the University of Missouri, and also lived in University City, where she worked for Monsanto. They also lived in Jefferson City and Cameron before eventually settling with their two children in Linn at Pat's childhood home and farm.

She and John owned and operated the Linn Sears Store for several years before Pat began her career as an instructor at Linn State Technical College and earned a Master's degree at the University of Missouri in Columbia.

She was a member of St. George Catholic Church, The Linn Women's Club, Friends of the Library Board, Three Rivers Electric Cooperative Board of Directors, Osage County Historical Society, Alpha Theta, International Society for Key Women Educators, Delta Kappa Gamma, and was a RCIA instructor at St. George Church.

She is survived by her husband, John, and children Michael (and Lara) Oidtman, and Jessica Machetta; five grandchildren: Jedd, Ethan, and Lukas Oidtman; Claire Jurgensmeyer and Macy Machetta; three sisters: Mary Lou (and Willard) Luecker, Betty (and Wayne) Bill, Kathy (and Mark) Loethen; and one brother, Gary (and Barb) Maasen.
She enjoyed cooking, gardening, volunteering, traveling, and reading, but most especially spending time with her grandchildren.

To order memorial trees or send flowers to the family in memory of Patricia A. Oidtman, please visit our flower store.