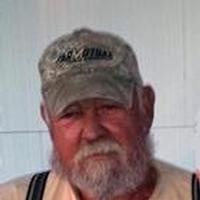 Paul was a lifelong area resident and spent his life working on his farm raising cattle and crops. He enjoyed hunting and spending his mornings drinking coffee with his neighbors at the Pershing Community Center.

Paul is survived by: his longtime partner, Judy Kuhn of Morrison; her son, Joe Kuhn and his wife Dana of Washington; her son-in-law, Keith Deppe and his son, Tyler Deppe of Morrison; one brother, Harvey Cramer of Linn; one sister, Betty Eikermann of Gasconade and several nieces, nephews and friends.

Expressions of sympathy may be made to the Pershing Community Center or the Ferguson Cemetery.

To order memorial trees or send flowers to the family in memory of Paul D. Cramer, please visit our flower store.