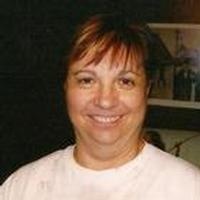 On February 19, 1972, Paula was united in marriage to William "Bill" Ray Matthews in Chesterton, IN. He survives at the home.

Paula was a member of Pilgrim Lutheran Church in Freedom. Paula was employed for over 20 years with the Linn R-2 School District where she was the Middle School secretary. She was the cheerleading coach and enjoyed helping out with the track team.

Paula enjoyed shopping, craft shows, traveling, quilting, doing blankets for the St. Mary's Hospital Nursery, she loved theater performances whether it be musical or movies. But her greatest love was spending time with her family, friends and grandchildren.

Funeral Services will be held at 10:00 a.m. on Friday, April 25, 2014, at Morton Chapel with Rev. Paul Landgraf officiating. Interment will follow at the Shirley Mint Hill Cemetery.

Expressions of sympathy may be made to Pilgrim Lutheran Church or Mint Hill Mennonite Church.

To order memorial trees or send flowers to the family in memory of Paula Sue Matthews, please visit our flower store.