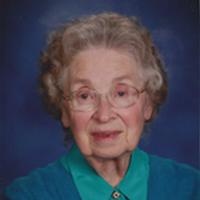 Pauline A. Neuner, age 88 of Jefferson City formerly of Rich Fountain, passed away Wednesday, May 6, 2015, at Adams Street Place in Jefferson City.

Pauline was born on April 16, 1927, in Freeburg, a daughter to the late George and Mary (Bockwinkel) Struemph.

On November 24, 1951, she was united in marriage to Henry "Hank" A. Neuner at the Holy Family Catholic Church in Freeburg. He preceded her in death on February 7, 2014.

Pauline worked in Jefferson City as a housekeeper. In 1949, she was one of the first to be employed at Quaker Venetian Blinds in Freeburg. During the time Henry was in the Air Force, Pauline was employed at Pet Milk Company in St. Louis.

Pauline was a member of Sacred Heart Catholic Church in Rich Fountain until 1999 when she moved to Jefferson City where she attended Cathedral of St. Joseph. She was a sacristan and volunteered at Sacred Heart Church and School.

In addition to her parents and spouse of 62 years, Pauline was preceded in death by: two brothers, Vincent and Norbert Struemph and one sister, Martha Rehagen.

Mass of Christian Burial will be held at 11:00 a.m. on Saturday, May 9, 2015, at Sacred Heart Catholic Church in Rich Fountain with Fr. Christopher Cordes and Fr. Augustine Okoli as celebrants. Interment will follow in the Sacred Heart Parish Cemetery.

In lieu of flowers, expressions of sympathy may be made to Sacred Heart Church.

To order memorial trees or send flowers to the family in memory of Pauline A. Neuner, please visit our flower store.