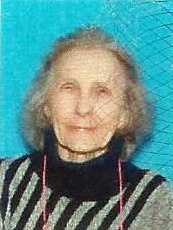 Pauline was born September 20, 1925, in Jamestown, a daughter to the late Joseph and Rosa (Schweitzer) Imhoff.

Pauline was a 1943 graduate of Prairie Home High School.

Pauline was a member of St. George Catholic Church in Linn and enjoyed collecting stamps, coins, rocks and acorns. She also loved going to auctions and flea markets.

In addition to her parents and spouse of 63 years, she was preceded in death by 5 sisters and 2 brothers.

Mass of Christian Burial will be at 11:00 a.m. Thursday, September 20, 2018, at St George Catholic Church in Linn with Fr. Daniel Merz as the celebrant. Interment will be in the Cedron Cemetery near California, MO.

Arrangements are under the direction of Morton Chapel, Linn, Mo (897-2214)  www.mortonchapel.com

To order memorial trees or send flowers to the family in memory of Pauline Rosella Ploof, please visit our flower store.