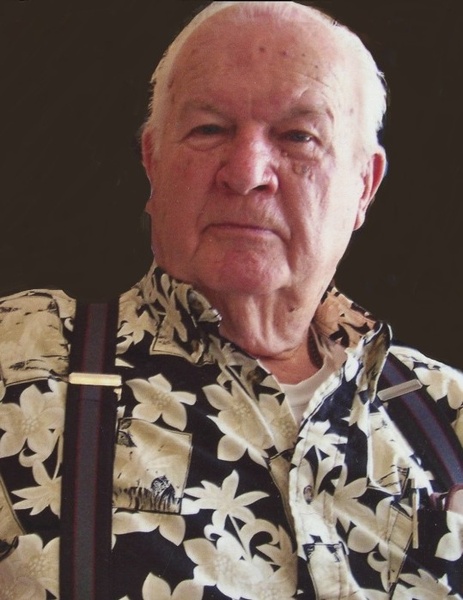 Perry was born September 10, 1928, in Chamois, a son to the late Henry and Florence (Curtit) Smith.

He attended school in Chamois and later received his GED.

On February 7, 1948, he was united in marriage to Janice Baclesse in Linn.  She survives of the home.

Smitty was owner and operator of Smitty’s Auto Body in Linn, served as the Osage County Assessor from September 1977 until September 1989, and worked for the Missouri Department of Revenue in the Tax Division for ten years.

He was a member of St. George Catholic Church and Linn Knights of Columbus Council 4838.

In addition to his spouse of 69 years, Perry is survived by: four sons, Alan Smith and his wife Cathy of Koeltztown, Greg Smith and his wife Beverly of Linn, Kent Smith and his fiancé Kelli Todd of Linn, and Brad Smith and his wife Donna of East Prairie, MO; two daughters, Vicki Ponder of Iberia, and Bridget Leivian and her husband Edmond, Jr. of Linn; one sister, Doris Kirk of Fulton; 21 Grandchildren, many great and great great grandchildren along with several nieces and nephews.

In addition to his parents, he was preceded in death by a son-in-law, Wayne Ponder and a great grandson, Collin Colvin.

Visitation will be held from 10:00 a.m. until Noon on Tuesday, October 10, 2017, at St. George Catholic Church in Linn.  Mass of Christian Burial will follow with Fr. I.C. Medina officiating.  Interment will be in the Linn Public Cemetery.

Expressions of sympathy may be made to St. George Capital Campaign Fund.

To order memorial trees or send flowers to the family in memory of Perry "Smitty" Edward Smith, please visit our flower store.