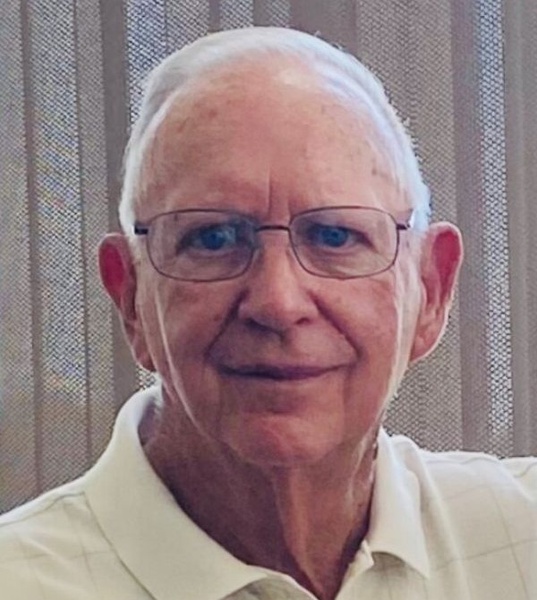 Philip was born December 27, 1940, in Blackwell, Oklahoma, a son to the late Matthew Richard and Bessie Muriel (Leatherman) Chambers.
Philip moved to Jefferson City when he was a young child, then he moved to Linn and planted his roots. He was a 1959 graduate of Linn High School. While in high school, he ran track and played basketball. He lettered in track and held several track records (100-yard dash) for many years.
On, January 21, 1967, he was united in marriage to Linda M. Didier. Together they had one daughter, Kimberly D. Chambers. Philip and Linda divorced in 1970 but remained very close friends up until his passing. Then on September 19, 1998, he was united in marriage in Linn to Mary Ellen (Orscheln) Sellmeyer, who survives at their home.
In his younger years, he worked for the Missouri State Highway Department and General Motors in St. Louis. He owned and operated several bar/restaurant establishments in Linn along with “Phil’s Sporting Goods” for many years. People enjoyed coming in everyday to see him and even eat their lunch there. He also owned a used car dealer and had a snow removal business.
Philip was a member of St. John’s United Methodist Church in Linn, and the Masonic Lodge.
Philip and Mary Ellen enjoyed spending time at their place on the Osage River in Bonnots Mill. They were always surrounded by many friends in the community, while entertaining or barbequing.
Philip a had a love for many classic cars and belonged to the Moonshiners Car Club. His current cars were a 1950 Chevy Convertible and a 1957 Chevy Belair two door hard top. He was also a big gun collector. He was an animal lover and would feed a lot of stray cats. His most recent cat was Mr. Kitty, “he will certainly miss him”.
In addition to his wife of twenty-two years, Philip is survived by: a daughter, Kimberly Chambers of Jefferson City; granddaughter, Cianne Chambers of Jefferson City; stepson, Tracy Sellmeyer of Jefferson City; step daughter, Tanna Hemsath of St. Louis; six step grandchildren, Taylor McVey, Connor McVey, Chelle Hentges, Pyper Hemsath, Hayden Hemsath and Joseph Hemsath, and Jason Sellmeyer; seven step great grandchildren; Albani, Wyatt, Maverick, Winston, Tyllie, Jax, and Kaydin; one step great great grandchild; along with many cousins, and friends.
Visitation will be held from 4:00 p.m. until 7:00 p.m. on Wednesday, September 1, 2021, at Morton Chapel in Linn with a Masonic Service will be held at 6:45 p.m.
Funeral Services will be held at 11:00 a.m. on Thursday, September 2, 2021, at Morton Chapel in Linn with Pastor William Barkman officiating. Interment will be in the Linn Public Cemetery.
Expressions of sympathy may be made to Jefferson City Animal Shelter or the Special Learning Center.
Arrangements are under the direction of Morton Chapel, Linn, Missouri (897-2214) www.mortonchapel.com
To send flowers to the family or plant a tree in memory of Philip Matthew Chambers, please visit our floral store.

To order memorial trees or send flowers to the family in memory of Philip Matthew Chambers, please visit our flower store.