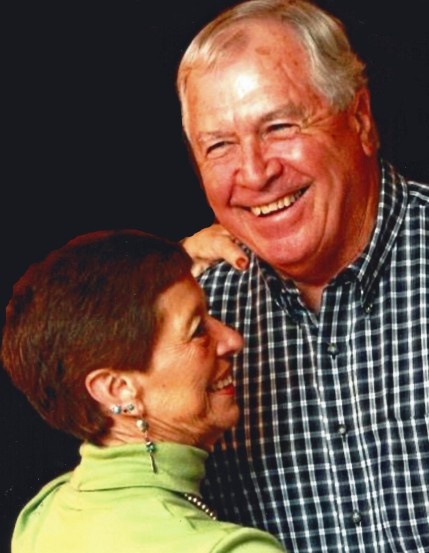 Dixie was born July 23, 1938, in Roseland, KS, a daughter to the late George and Evelyn (McDaniel) Blundell.

Dixie was a 1956 Graduate of West Mineral High School and Ralph was a 1955 graduate of Cherokee County High School. Ralph also served in the Naval Reserve.

Ralph was a member of the Presbyterian faith and a Past Grand Master of the Masonic Lodge.

Ralph was a sports lover. He enjoyed attending high school basketball games. He was a story teller, a shade tree mechanic, he enjoyed being a teacher and furthering the knowledge of his students. He was known as “Mr. Fixit” for being able to repair almost anything. He was a published song writer and enjoyed gardening.

Ralph and Dixie had mutual interests, including: dancing, traveling, camping, the St. Louis Cardinals, and were both members of the George Strait Fan Club. Their greatest love, however, was the time spent with their family and friends.

Funeral Services will follow at 11:00 a.m. in the funeral home chapel.

Interment for Ralph and Dixie will be in the Hosey Hill Cemetery near Weir with Military Honors for Ralph.

Expression of sympathy may be made to the Wounded Warriors Project or to State Technical College of Missouri.

Local arrangements are under the direction of Morton Chapel, Linn, MO.  (897-2214)   www.mortonchapel.com

To order memorial trees or send flowers to the family in memory of Ralph and Dixie Keener, please visit our flower store.