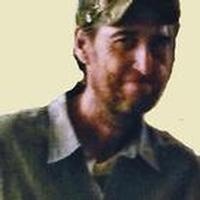 Randy was born June 14, 1960, in Jefferson City, a son to the late Sylvester and Theresa (Stumpe) Brandt, Sr.

Randy was a 1978 graduate of Fatima High School. Randy had worked for several years in area factories as a fork lift operator.

On April 4 1981, Randy was united in marriage to Bonnie Menser in Rich Fountain. She preceded him in death on January 9, 1998.

Randy was a member of Sacred Heart Catholic Church in Rich Fountain and enjoyed fishing, hunting, the outdoors and spending time with his family.

In addition to his parents, Randy was preceded in death by one son Matthew Brandt and three infant brothers.

Mass of Christian Burial will be at 10:00 a.m. on Friday, June 28, 2013, at Sacred Heart Catholic Church in Rich Fountain with Fr. Philip Niekamp as the Celebrant. Burial will follow at the Sacred Heart Parish Cemetery.

To order memorial trees or send flowers to the family in memory of Randy J. Brandt, please visit our flower store.