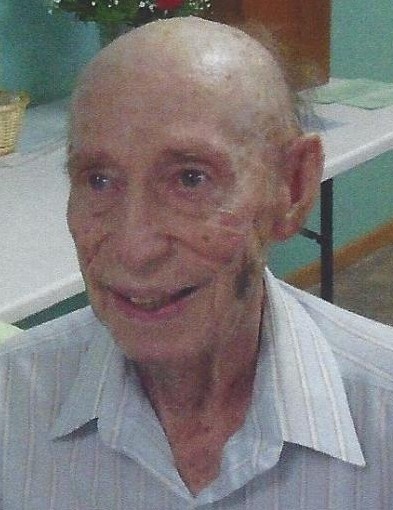 He attended St. George School in Linn and was a 1945 graduate of Linn High School.

After his U S Army discharge in 1947, Raymond accepted employment with Anheuser Busch, serving as a member of the team assigned to the care of the Clydesdale horses.  In the mid 1960's Raymond was employed by McDonnell Douglas, serving until his retirement in 1995.

He was a life-long member of St. George Catholic Church in Linn and a member of Western Catholic Union.  During his employment with McDonnell Douglas, Raymond was a member of Lodge 837B of the International Association of Machinists and Aerospace Workers.

Raymond is survived by one sister, Rosemary McDaniel of Linn, as well as many nieces and nephews.

In addition to his parents, Raymond was preceded in death by five brothers: Louis, William, Emil, Herbert and Edward Bish along with one infant sister, Mary Ann.

Expressions of sympathy may be made to St. George  Catholic Church Capital Campaign.

To order memorial trees or send flowers to the family in memory of Raymond G. Bish, please visit our flower store.