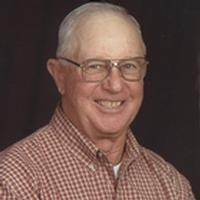 Raymond F. Koenigsfeld, age 76, of Linn, passed away peacefully on Tuesday, June 16, 2015, at his home surrounded by his loving family. He was the greatest husband, dad, grandpa, brother and friend, anyone could ever hope to have.

Ray was born on January 15, 1939, in Frankenstein, a son to the late Joseph and Clara (Troesser) Koenigsfeld.

Ray was a 1956 graduate of Fatima High School in Westphalia.

On September 5, 1959, he was united in marriage to Marcella Stieferman at Our Lady of Help Catholic Church in Frankenstein. She survives of the home.

Ray worked as a carpenter and commercial construction superintendent finishing his career in 2006 with Sircal Construction. He also pursued his passion as a farmer.

Ray was a faithful member of and very involved with the St. George Catholic Church and Linn Knights of Columbus.

In addition to his parents Ray was preceded in death by one sister, Sister Viola Koenigsfeld.

Mass of Christian Burial will be held at 10:00 a.m. on Saturday, June 20, 2015, at St. George Catholic Church in Linn with Fr. Daniel Merz as celebrant. Interment will follow in the St. George Parish Cemetery.

In lieu of flowers, expressions of sympathy may be made to St. George Catholic School.

To order memorial trees or send flowers to the family in memory of Raymond F. Koenigsfeld, please visit our flower store.