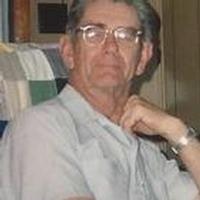 Raymond was a lifelong area resident and graduated from Linn High School. Raymond served in the United States Army during World War II.

On September 15, 1956, he was united in marriage to Elsie Alma (Ruegge) Uthe at the Salem Presbyterian Church in Hope. She preceded him in death on April 28, 2013.

Raymond was a lifelong farmer and was employed at the Central Electric Power Plant in Chamois from 1968 until his retirement in 1986.

Raymond was a member of Bethel Salem Presbyterian Church in Hope. He was treasurer for the Hope Salem Cemetery Association, a member of the Osage County Historical Society and volunteered at the Townley House in Chamois.

Raymond was an avid reader, loved to play pinochle, enjoyed genealogy research, and loved gardening especially raising watermelons. Raymond believed in donating blood and during his lifetime had donated over 20 gallons.

In addition to his parents and wife, Raymond was preceded in death by: one brother, Milton Uthe and his wife Virginia; one son, Russell Uthe, and great grandchildren, Noah Raymond Uthe and his twin.

An additional visitation will be held from 12:00 p.m. until the time of service at 1:00 p.m. on Sunday, March 30, 2014 at the Bethel Salem Presbyterian Church in Hope with the Rev. Bob Bailey officiating. Interment with full military honors will follow in the Hope Salem Cemetery.

Expressions of sympathy may be made to Hope Salem Cemetery Association.

To order memorial trees or send flowers to the family in memory of Raymond H. Uthe, please visit our flower store.