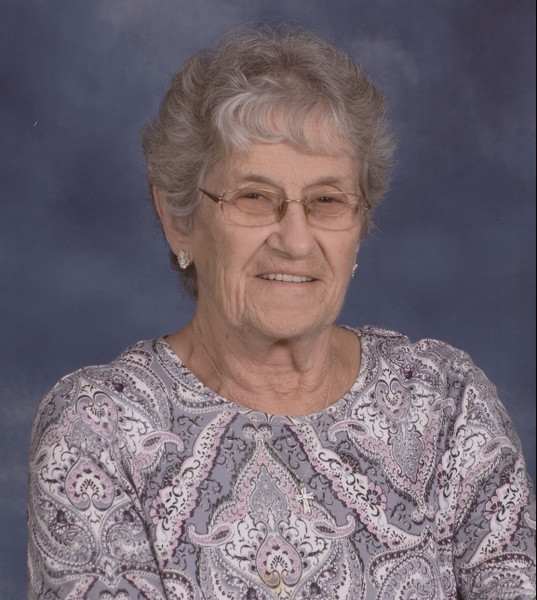 Renilda M. Kliethermes, age 84, of Loose Creek, passed away Thursday, June 23, 2022, at her residence surrounded by her loving family.

Renilda was born June 9, 1938, in Bonnots Mill, a daughter to the late Peter Rustemeyer and Nelda Mae (Jaegers) Rustemeyer Schmidt.

She was a 1956 graduate of Fatima High School.

On June 15, 1957, she was united in marriage to Leonard “Lenny” W. Kliethermes at Immaculate Conception Catholic Church in Loose Creek.  He preceded her in death on August 4, 2007.

Renilda and Lenny operated the Schell Gas Station in Loose Creek in their early years of marriage.  She was employed at State of Missouri Employment Security Division and Jonas Egg Farm.  She also was a very dedicated rural mail route carrier for many years through rain, sleet, snow and heat.  Renilda helped her son, Greg and his wife Barb cook for O.K. Catering.  She also loved cooking part-time at the Immaculate Conception School in Loose Creek and getting to see her granddaughter, Kasey.  She spent several summers babysitting her grandkids, Justin, Kody, Kaitlyn, Kasey, Case and Cooper.

Renilda loved spending time with her family, gardening, cutting grass, fishing, and camping.  She made many beautiful crochet items for her family members and donated them to the Immaculate Conception Parish picnics. She proudly made baby quilts for each grandchild and great grandchild.  She enjoyed cooking for family events.

In addition to her spouse of 50 years and her parents, she was preceded in death by her: stepfather, Frank Schmidt; her sister and brother-in-law, Bertha and Carl Rhoads; and her sister, Shirley Cotter.

Expressions of sympathy may be made to UCP Heartland Gibbs Center in Jefferson City, Osage/Maries County Relay for Life or wishes of the family.

Arrangements are under the direction of Morton Chapel in Linn.

To order memorial trees or send flowers to the family in memory of Renilda M. Kliethermes, please visit our flower store.